The Original Florentine Steak Circa 1565

Tuscans seem to be born with an inherent knowledge of all things cultural and culinary (which in Italy, are of course intrinsically connected). Simone, the chef at Demetra, speaks about ingredients, Tuscan traditions, and cooking techniques with a colloquial authority, his passion for local cuisine coming from a lifetime of being immersed in it. However, with this knowledge comes a kind of acceptance. It is so because it has been passed down from generation to generation.

As Simone and I worked together to develop the Demetra Experiences which will showcase local products and Tuscan culinary heritage, I realized that I would need a couple of historical facts to complement the many wonderful stories that Simone has to tell.

The Origins of The Florentine Steak

When it comes to the origins of the Bistecca, there are three schools of thought. All of them agree that at some point in time British travelers passing through Florence, saw an ox being grilled and exclaimed ‘beef steak, beef steak’ while pointing and indicating that perhaps they too would like to part take in the grill. To the Florentines, taking account for the British accent, beef steak sounded something like bif stek, and you can start to see how they arrived at the word bistecca.

Two of the schools of thought agree that this event, where the Brits were present, was in the 1500s. Some say that it was on March 23rd, 1565 at the wedding celebrating the union between Paolo Orsini and Isabella, the daughter of the Duke. Whereas others say it was definitely August 10th for the Festa di San Lorenzo (feast of Saint Lawrence). In both cases, it would seem that an ox was grilled in San Lorenzo Square and given away to the people.

School of thought number three comes from a guy called Fanfani who wrote “Vocabolario dell’uso toscano”, a Tuscan vocabulary book published in 1863. He sustains that the word Bistecca was in fact introduced in 1823. It was during the 1800s that the British had a significant influence on the Tuscan culinary landscape and hence the theory that Bistecca was introduced in this period seems also valid.

The second point of contention in the illustrious history of the Bistecca, is its size. Having spent the last 20 years living in Florence, it was my belief that a ‘real’ Bistecca must be at least 3-4 fingers in thickness.

Petroni’s The Real Florentine Kitchen was first published in 2009, and his recommendation is 800 grams to 1.2 kilograms, approximately two fingers thick which is equivalent to max four or five centimeters. He goes on to say that steaks six centimeters or more do not cook well as they remain raw and cold in the middle.

And today it seems like bigger is better. In all contemporary (blogs, Instagram, magazine articles, websites, etc) references to the Bistecca alla Fiorentina, the thickness, quoted in fingers or centimeters, ranges from 3-4 fingers to as much as 7-8cm. Given that the Bistecca is the t-bone and includes both the fillet and the sirloin, it is impossible that a ‘real’ Bistecca weighs any less than between 1kg and 1.5kg, and in some cases maybe more.

Somewhere along the way, between 1891 and 2009 or between Artusi and Petroni, the recommended thickness of the bistecca doubled, and it seems that between 2009 and 2021 it has almost doubled again. Goodness, eight centimeters is the width of my hand, thumb and palm included. So how thick should a Florentine Steak optimally be?

Finding no definitive answers, I asked Simone. He confirmed that a ‘real’ bistecca alla fiorentina should be three or four fingers. Why I ask? And of course the response was because it just is!

This site uses Akismet to reduce spam. Learn how your comment data is processed. 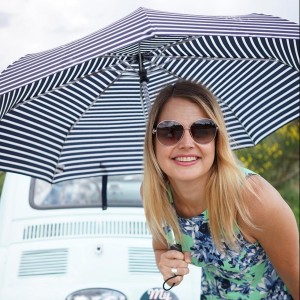 Australian, dual citizen, longtime Florentine resident, and frequently mistaken for an American! I came to Florence in 2001, fresh off 6 months of world travel and ready to set my bags down for a while. Little did I know that Florence would steal my heart and that I would end up traveling around Europe with thousands of American study abroad students. 20 years later, I am still in love with Florence and creating amazing travel experiences. There is definitely something special about sharing a city like Florence with a first time visitor. Your amazement and enthusiasm reminds me daily why I chose to make this place my home.

My Favourite Places to Eat, January 2023

I haven’t included Demetra Hostaria on the list since hopefully

More so now than ever, you should Shop Local

Should you send care packages from America?

Sending care packages can be a great way of letting